A Guide to Holidaying with your In-Laws 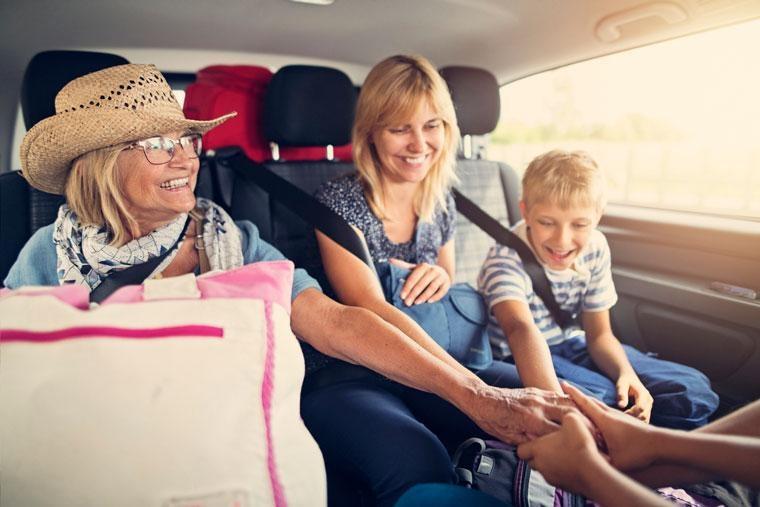 Going on a getaway with your extended family can be great. It’s a perfect opportunity to create lasting memories and forge strong bonds. But travelling with in-laws, whether parents or children, can sometimes give rise to tensions. To help you get the best experience on a trip with your family, we’ve surveyed 1,000 UK residents who’ve travelled with either their parents- or children-in-law. The results have revealed the biggest pressure points on family trips and how you can avoid them.

Almost one-third (31%) of those we surveyed said they argued with their in-laws on at least half the days they were on holiday, with 6% admitting they argued every day.

There were some significant trends around the causes of disagreements between parents- and children-in-law, which gives some insight into where problems might arise on family holidays:

Despite the frequency of these arguments, people are not always put off by the experience of travelling with their in-laws. Just 30% said they’d be unlikely to travel with their parents- or children-in-law again. But it may be helpful to identify pressure points and be aware of what can be done to try and avoid arguments while on holiday.

When you’re holidaying in a group, it’s unlikely that you’ll all have the same budget. Make this one of the first conversations you have when you’re planning a trip that involves your in-laws. One in five (19%) say finances are responsible for disagreements when travelling, one in ten (11%) say they cause disagreements before the trip even starts, and 13% say they are a source of annoyance, even if this isn’t voiced.

You’ll want to establish clear boundaries and expectations about costs before making decisions about the destination or length of your trip. Try setting a realistic amount that everyone can afford to pay and discuss who is paying for what. When it comes to funding family holidays, children and their partners often expect older generations to foot more than their fair share of the bill.

Over one-third of our survey respondents (34%) say that on their most recent trip with in-laws, it was the parents-in-law who picked up most of the costs. 29% said that costs were split equally between them. Just 8% said that children and their partners bore the majority of the financial burden. To avoid any irritation or upset further down the line, make sure you’re clear right from the off about who’ll be paying for a family trip.

Arranging activities in a strange place or foreign country can be stressful at the best of times, but when you’re trying to balance lots of schedules and interests it can cause fraught tempers. Almost one-third of people said planning activities caused arguments when travelling with parents- or children-in-law, and one in ten (11%) said it caused issues before they even left home.

Get everything set out before you travel. Discuss shared and separate interests, and what you want to get from your holiday. Are you wanting a beach holiday? Sightseeing trip? Walking getaway? Or a mix? Build logistics into your conversation too. How far are you willing to travel for activities on holiday? Can you get where you need to be on public transport, or should you rent a car? If you do decide to rent a car for your trip, be sure to get yourself covered with car hire excess insurance to prevent additional stress in case of an accident.

One in five (21%) say that travelling while on holiday was the cause of arguments with their in-laws, so renting a car could be a good option. It saves faffing around haggling with taxis or trying to get a group through train and bus stations.

It’s also worth having an additional conversation around eating arrangements. This element of holidaying caused the most arguments between our survey respondents, with 41% saying they disagreed on this topic with their in-laws. Think about cuisine types, costs, and meal times if you’re planning on eating together.

It’s easy to set out on a family trip with a very sunny outlook, expecting to spend a whole week or so in each other’s company with no issues. But that’s a tall order. Being in close quarters and spending lots of time together means arguments are likely to happen.

In fact, not having enough alone time was said to be the biggest annoyance about holidaying with in-laws by one-third of survey respondents. Try building some time away from your in-laws into your plan before you travel. This alone time could be something as small as going for a meal without the in-laws or slipping off to a local tourist site for the afternoon. Letting those you are travelling with know what you have in mind before you depart could avoid tensions being built up.

If you are travelling as a family with young children, consider who will be watching them. Parents-in-law may want to use their holiday as an opportunity to bond with their grandchildren, but you should discuss how long they are willing to look after children for, as it’s their holiday too. Childcare was listed as one of the biggest annoyances when holidaying with in-laws, with 11% saying it caused them problems.

It may also be worth withholding any unsolicited parenting advice on your trip. One in five people (21%) who have travelled with parents- or children-in-law say that they’ve argued about parenting decisions, highlighting that this is a pressure point.

All of the above will help make your time away go smoothly, however, when you’re holidaying with your in-laws, you also need to be prepared to compromise. Think about this with your partner. Which issues are most important to you? Set these out so people know what you definitely require on your holiday.

Alongside this, work to identify areas where you are willing to follow someone else’s lead. On a group holiday, it’s important that everyone has a similar amount of input into what goes on, meaning you may not get everything your own way. Rather than seeing this as a hindrance, explore it as an opportunity to do new things. These activities are things that your family are passionate about and offer a great opportunity for you to get more involved with their lives and know them a little better.

Be prepared to step a little outside your comfort zone but do so knowing that you’ll also get to welcome your in-laws and other family into your world a little more too.

The pressure points revealed by our survey should give you an idea of what could cause problems when you’re holidaying with your in-laws. Build discussions around these into your holiday planning to help eliminate the risk of disagreements on the trip.