Winter Sun – or do we mean Slow Sun! 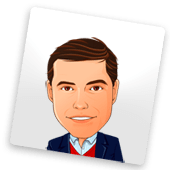 I thought I might add some “light” on a coined term used by the travel industry since before my time. There is plenty to write about on this commercially, but I will resist my temptation to plug our car hire excess insurance product just yet.

I thought I would focus more on the scientific meaning of “Winter Sun” and why it happens. I have also discovered some interesting facts about the Sun along the way.

During winter, we all know the days are short and the nights are long. The Sun is low in the sky at all times. Did you know that the shortest day of the year, the winter solstice, is the day when the Sun is the lowest in the southern sky? Did you know that during the short winter days the Sun does not rise exactly in the east, but instead rises just south of east and it sets south of west.

Each day after the winter, the Sun's path becomes a little higher in the southern sky. The Sun also begins to rise closer to the east and set closer to the west until we reach the day when it rises exactly east and sets exactly west. This day is called the equinox.

The closest point occurs in early January, and the far point happens in early July. If this explains seasons, it makes some sense if you are in the Southern Hemisphere. But, as an explanation for the Northern Hemisphere, where we live, it fails miserably.

So, during winter, when you park yourself on that beautiful beach in the Southern Hemisphere, just remember you are on “Slow Sun” time. It somewhat plays to the holiday theme…everything on slow motion, enjoying life and its pleasures.

PS – if you hire a car down under, don’t forget your excess waiver insurance from icarhireinsurance.com!