The What, Why And How Of City Car Clubs 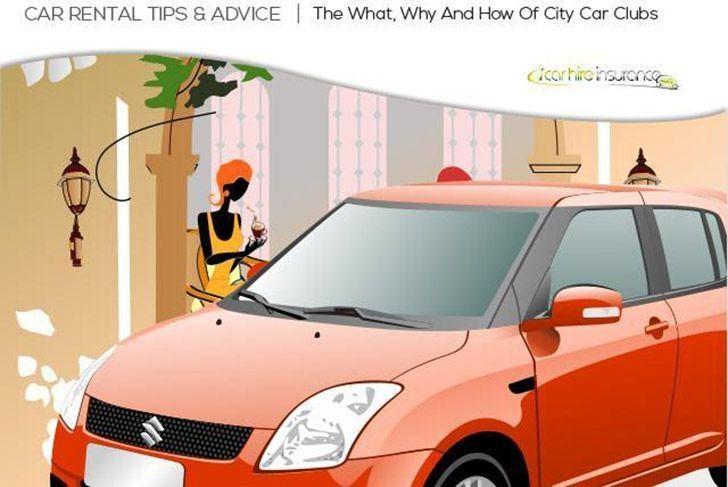 Owning a car can be expensive. Many wallets and purses have been left reeling after paying out for a vehicle, fuel to get around and insurance on top. However if you live in the city and drive relatively little, trading in your car for a car club membership could save you a fortune.

Cost isn't the only benefit, either. According to the not-for-profit organisation Carplus, because car club vehicles do less miles they produce around 33% less carbon than the average UK car. Plus, you gain access to a new, clean vehicle and you don't need to worry about finding a parking space when you're done.

Sounds good, doesn’t it? But how does it all work in reality? Read on to find out.

What Car Clubs Operate In The UK?

At over 150,000, the UK has one of the highest car club memberships in the world. Although there are many car clubs to choose from, the three biggest and most popular are City Car Club, Zip Car and Co-Wheels.

How Much Does It Cost?

Most car clubs charge a membership fee and then an hourly rate to hire one of their vehicles. Although most car clubs base their operations around hiring cars by the hour, they will also allow you to book a car for the day, or longer if you need it.

It's also important to note that car clubs usually offer different pricing structures for personal and business use. Below you will find an overview of the rates for City Car Club, Zipcar and Co-Wheels –prices correct as of October 2014.

*Daily allowance of 60 miles in London, or 40 miles in other UK locations before mileage charge applies
** Because Co-Wheels is a social enterprise, some locations offer different tariffs – so you will need to contact individual car club locations to get up-to-date prices

*Daily allowance of up to 40 miles per day before the mileage charge applies
** Because Co-Wheels is a social enterprise, some locations offer different tariffs – so you will need to contact individual car club locations to get up-to-date prices

How Do I Join?

Typically, car clubs have an online application on their website that you need to fill in. Normally, applications are easy to fill in and take only minutes to complete.

Once you have completed the form, the car club will check your details and eligibility before sending a confirmation email. This process usually takes a couple of hours, but once it's complete you'll be able to start using the vehicles of the car club you decide to join.

What Are The Restrictions To joining?

This differs slightly depending on the car club you join. To join City Car Club, Co-Wheels or Zipcar, you will need to have held a full driving licence for at least 12 months.

How Do I Reserve A Car?

Most city car clubs allow you to reserve a car online, via a smartphone app or over the telephone – all you'll need is the login details provided with your confirmation email.

Depending on availability, you can book a few minutes in advance and still drive a vehicle away. Both Co-Wheels and City Car Club also allow you to reserve a vehicle up to 12 months in advance.

How Do I Get In The Car Without A Key?

Most car clubs give their members a smart card that you can use to unlock the car. Both Zipcar and City Car Club vehicles, for example, can be accessed by holding the card against a reader in the windscreen that unlocks the door.

If you have only just joined, you may have to wait several days for your smart card to arrive via the post. However, if you want to get going straight away, both Zipcar and City Car Club allow you to unlock their vehicles via their smartphone app.

Once you're inside the car club vehicle, you will be required to enter a PIN that will be provided to you with your booking to access the keys from the storage area. The PIN will also deactivate the car's immobiliser so that you can drive away.

What Vehicles Can I Hire?

The biggest car clubs have a variety of different vehicles that you can choose from.

Zipcar, on the other hand, don't categorise their vehicles in the same manner, but they do offer a variety of makes and models to choose from. However, the makes and models of car and van they offer differ from city to city.

Who Pays For The Fuel And Congestion Charges?

All car clubs include fuel in the cost of hire, so you won't need to pay extra on top after the mileage charge. If you need to refuel, you'll find a car club supplied fuel card in your vehicle. Zipcar ask their members to fill up the car once the tank is 1/4 full. Likewise, City Car Club and Co-Wheels ask their members to leave at least 1/4 tank of fuel for the next customer.

The policy on paying congestion charges differs slightly depending on which car club you're a member of. For example, if their vehicle is located outside the congestion zone, City Car Club will add £11.50 to your account if you need to enter it. In contrast, Zipcar pay the London Congestion Charge for you.

How Do I Return A Car Club Vehicle?

If you return the vehicle later than the time confirmed on your booking, your car club will usually fine you. For example, the late fee charged by Zipcar starts at £35.

Is Insurance Included In The cost?

City Car Club, Zip Car and Co-Wheels each include insurance within their pricing structure. This includes third-party coverage and a basic level of collision protection. However, if you are involved in an accident, you will still have to pay a large excess fee.

In short, the excess fee is the amount of money you have to pay in the event of an insurance claim. Some car clubs sell excess insurance that will reduce or eliminate the set excess; however, this is often expensive and usually doesn't cover the vulnerable areas of a car.

The dedicated car club excess insurance policy sold by iCarhireinsurance.com is substantially cheaper and can be bought to replace the cover sold by your car club. In addition, unlike many of the insurance policies offered by car clubs, iCarhireinsurance.com's car club excess insurance covers the vulnerable areas of a vehicle and removes your excess altogether, instead of just reducing it.

Check the comparison table below to see how our standalone insurance compares with the policy offered by different car clubs. Then, click here to grab a quick quote for our Annual Car Club Excess Insurance that provides peace of mind while saving you money.

Is Joining A City Car Club Right For You?

If you need to drive regularly, trading in your car for a city car club membership will not save you money. This is because city car clubs are designed to provide a complimentary mode of transport for those people who use public transport or can walk to work.

If you do live in a city like London, though, and you use public transport more often than you drive, the cost saving possibilities and the environmental benefits make city car clubs an attractive option. But before you make the decision to join a city car club, you will need to weigh up all the costs – such as those involved in damaging a vehicle if you don’t have excess insurance in place.