The History of Bonfire Night and Guy Fawkes 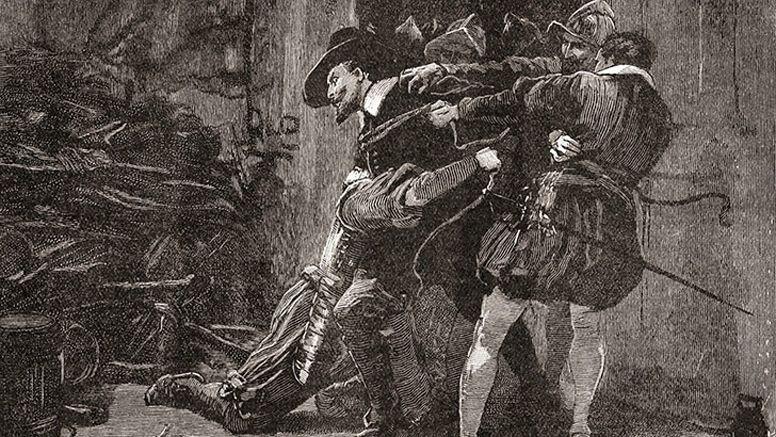 Guy Fawkes was one of 13 conspirators involved in the gunpowder plot to blow up King James I, the protestant King at the time.

Fawkes, although the most famous of all 13 men, wasn’t actually the ring leader of the group; Robert Catesby was the man responsible for plotting the attempted treason.

Their plan was foiled due to one of the men sending an anonymous letter to Lord Monteagle, warning him not to attend to House of Lords. The letter was then made public and led to the search of the cellars where they found Fawkes on the 5th November 1605.

Fawkes was caught guarding 36 barrels of gun powder which were placed under the House of Lords. Such an amount was not only enough to destroy the whole building and everyone in it, but any other building within a one-mile radius. Some people today argue the gunpowder was actually dead and probably wouldn’t have caused anywhere near as much destruction as they thought, but nevertheless, the legend lives on.

During his arrest he was tortured for two days under the alias John Johnson until his confession on 7th November 1605. Fawkes confessed to the plot of attempting to assassinate the King as well as giving up the names of his co-conspirators. When signing his confession, he used his Italian name “Guido Fawkes”, which he changed to whilst fighting in Spain.

Fawkes and the eight surviving co-conspirators were tried for high treason on 27th January 1606 and sentenced to be hung, drawn and quartered on 30th and 31st January 1606. But Fawkes had other intentions and instead took his own life.

To this day the Houses of Parliament are still searched on the anniversary of the plot to make sure there are no conspirators hiding in the cellars with explosives. Although, this has become more of a tradition rather than a serious precaution.

People also still make effigies of Fawkes, generally scarecrow-like characters, and throw them on the fire. Some children go around with a Guy in a wheelbarrow asking for a “penny for the guy”, the proceeds of which were traditionally used to buy fireworks (back when Health and Safety laws were perhaps a little more relaxed!).

Considering Fawkes was one of Britain’s most infamous villains, it is perhaps surprising to learn that he has an island named after him called “Guy Fawkes Island” or “Isla Guy Fawkes”, which is a small island near Santa Cruz Island, part of Ecuador.