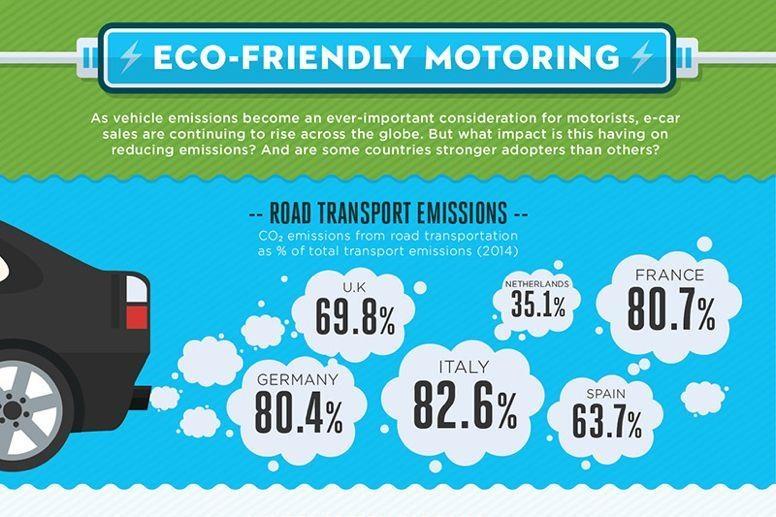 With petrol and diesel cars causing irreversible damage around the clock to our planet, the UK government is putting several initiatives and new laws in place in an attempt to cut down on harmful emissions.

A recent announcement detailed plans of banning the sale of new diesel and petrol cars by 2040, with electric vehicles set to take over the motoring market. However, how realistic of an expectation is this? There’s no doubt that the electric car market has seen its sales soar over the last few years, but are they really the solution and, more importantly, is it achievable? We took a look at the facts and figures of eco-friendly motoring. 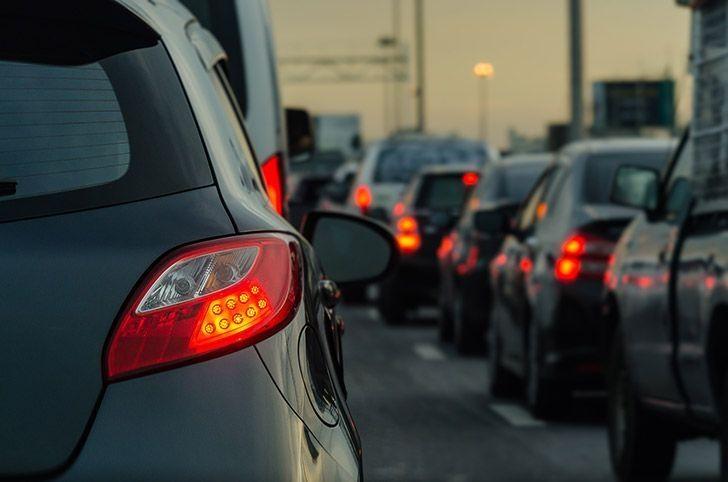 The last four years have seen a notable surge in demand for electric cars, with 10,509 sold in 2016. This made up 0.4% of total cars sales in the UK – a 4% increase from the amount sold in 2015 (9,934). And it’s not just the UK that is seeing a rise in sales and e-car registrations. Figures published by the International Energy Agency’s Electric Vehicles Initiative shows that 2016 marks the year we exceeded the global threshold of two million electric cars on the road, with over 750,000 units sold in this year alone. 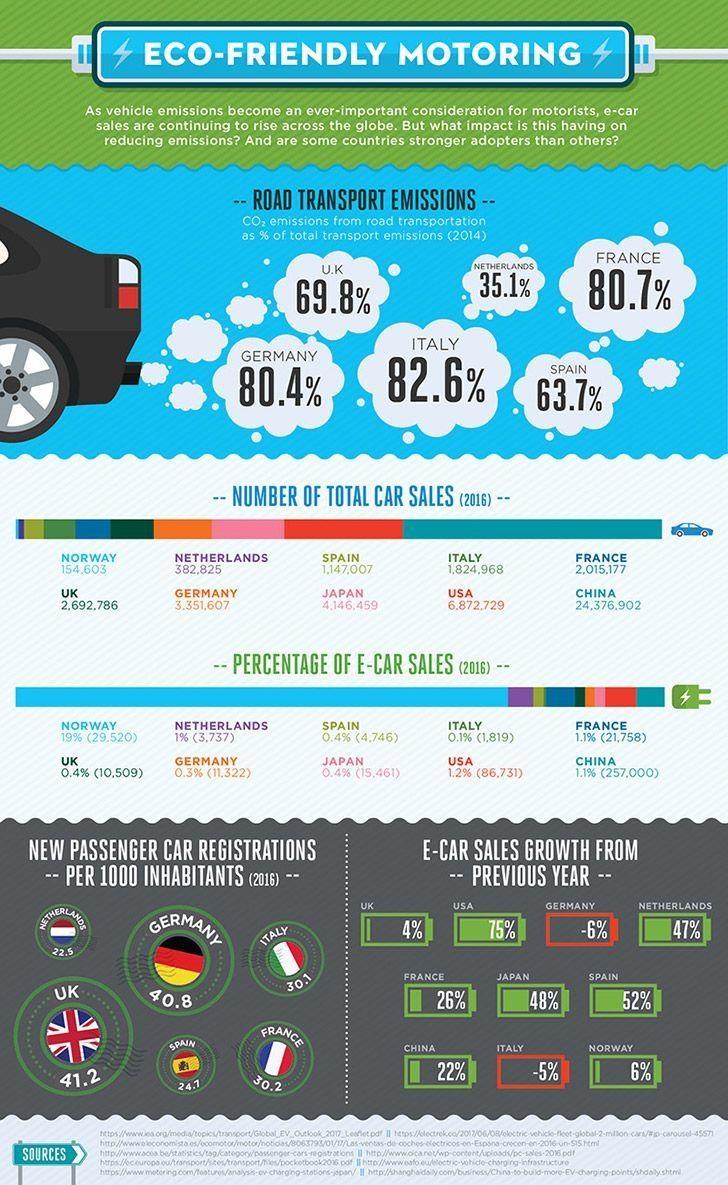 The UK government has incentivised the purchase of electric cars by making low emission vehicles eligible for a ‘plug-in grant’. The grant goes to car manufacturers and dealerships to reduce the price people pay for brand new electric and hybrid vehicles. This amount varies on the amount of CO2 emissions the vehicle produces, with each model broken down into six categories. Category One, for example, includes cars such as the Volkswagen e-Golf, Ford Focus Electric, and Nissan Leaf. The models that fall into this category will mean the grant pays for 35% of the overall purchase price, up to a maximum of £4,500. All of these models have CO2 emissions of less than 50g per km and can travel at least 70 miles without producing any CO2. All electric cars are also exempt from paying road tax.

In terms of global enterprises, the Electric Vehicles Initiative (EVI), which was established in 2009 under the Clean Energy Ministerial, is a multi-governmental policy forum dedicated to accelerating the worldwide deployment of electric vehicles. It seeks to facilitate the deployment of 20 million EVs by 2020, bringing together representatives of governments and acting as a platform for implementing policies to support EV development.

The EVI currently includes 10 member governments: France, China, Canada, Japan, Germany, the Netherlands, Sweden, Norway, the UK, and the US. Earlier this year, the EVI announced EV 30@30, a new campaign to help speed up the development of electric vehicles. The campaign aims to increase EV sales by at least 30% by 2030 and will support the market for electric cars, vans, and trucks, including plug-in hybrid and fuel cell vehicle types. 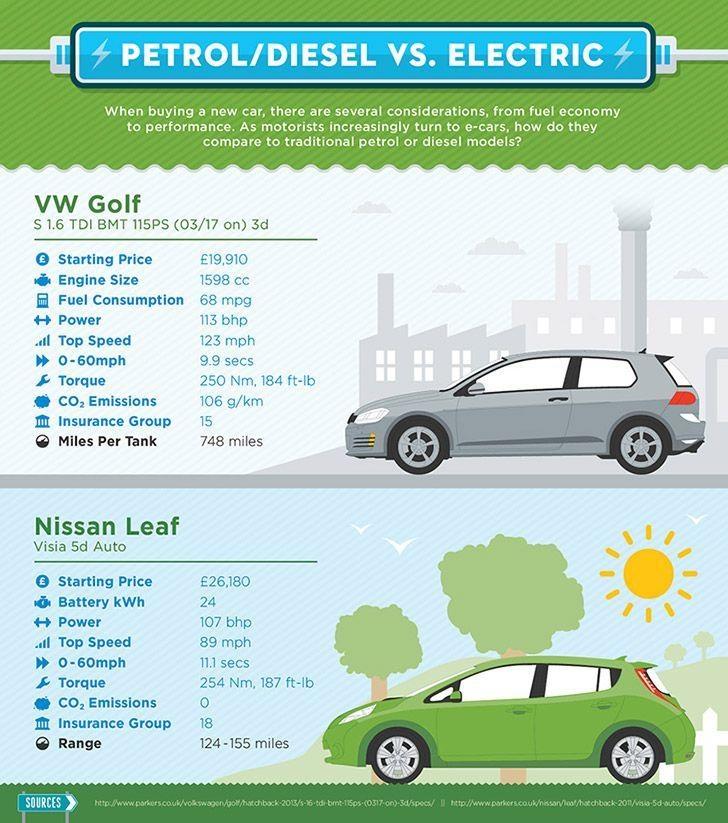 When it comes to comparing petrol and diesel cars to electric cars, both have their obvious advantages and disadvantages, all of which are mitigating circumstances that fluctuate depending on the current state of the market. For example, take two of the most commonly purchased, mid-range cars in the UK: a VW Golf (petrol) and the Nissan Leaf (electric). The starting price for a VW is £19,910, which is £6,270 cheaper than the Nissan. Furthermore, the insurance group for a Golf is 15, and the Nissan is placed in group 18, meaning the electric car is also more expensive to insure.

This isn’t just the case for these two mid-range cars, either. On average, electric cars do cost more than petrol and diesel cars to buy, as well as reportedly being 45% more to insure. However, the strong likelihood is this won’t always be the case. As supply and demand increase over the coming years, we can expect to see a dramatic price drop in electric cars from manufacturers. In fact, experts claim that by 2022, electric vehicles will be cheaper to own than conventional cars. According to the Bloomberg New Energy Finance report, the plummeting cost of batteries is key to the price drop and will kickstart a mass market for cheaper mass production of EVs. 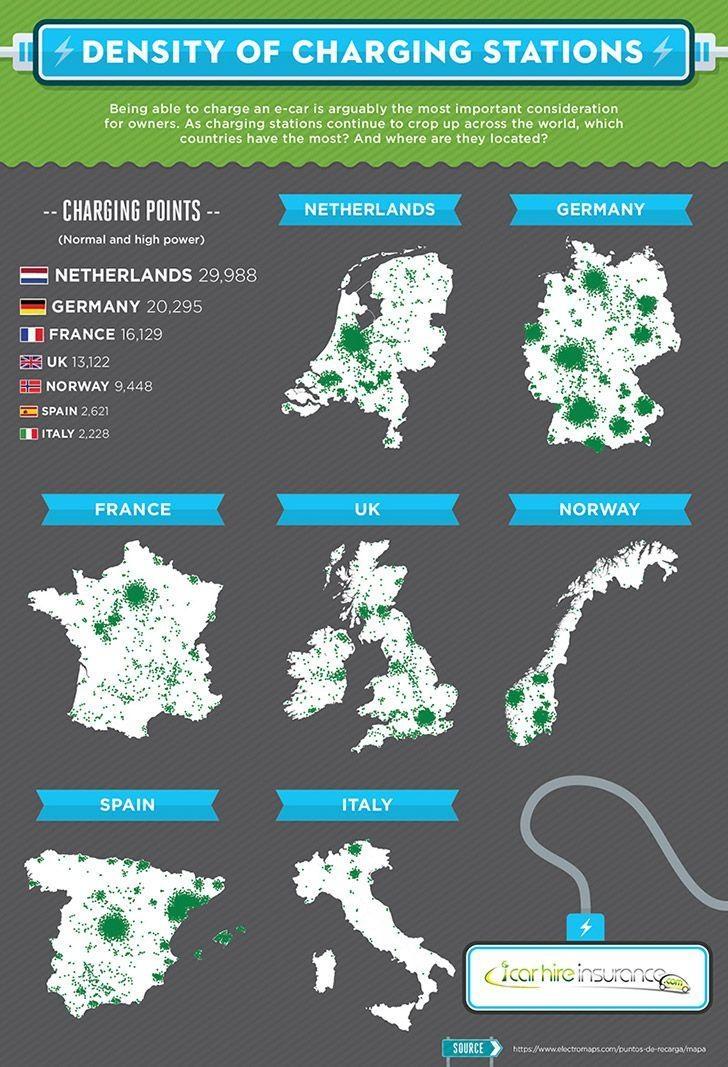 One of the factors that put people off from buying an electric car, aside from the inflated price, is the aspect of charging it. This includes the time it takes to charge, the range of miles it can travel once the battery is full, and finding accessible charging points. Currently, there are over 13,000 car charging points in Britain, a figure which is growing every day. Although most of these charging points are in cities and highly populated areas, the concentration is gradually being spread out to towns, villages, and service stations across the UK.

Even though electric cars will help to counteract the damage petrol and diesel cars are doing to people’s health and the planet, the impact this new technology will have on the UK’s demand of electricity is a growing concern. The AA recently warned that the National Grid will be under tremendous pressure to cope with a mass switch-on after the evening rush hour, with car magazine Which? even suggesting that this could make electric cars less practical and more expensive. Moreover, according to a recent National Grid report, peak demand for electricity could add around 30 gigawatts to the current peak of 61GW – leading to an increase of 50% more electricity used annually.

To put this into perspective, it’s reported that the extra electricity will be the equivalent of almost 10 times the total power output from the Hinckley Point C nuclear power station in Somerset. There are also concerns that have been raised about whether Britain will have enough charging points for the new generation of cars. 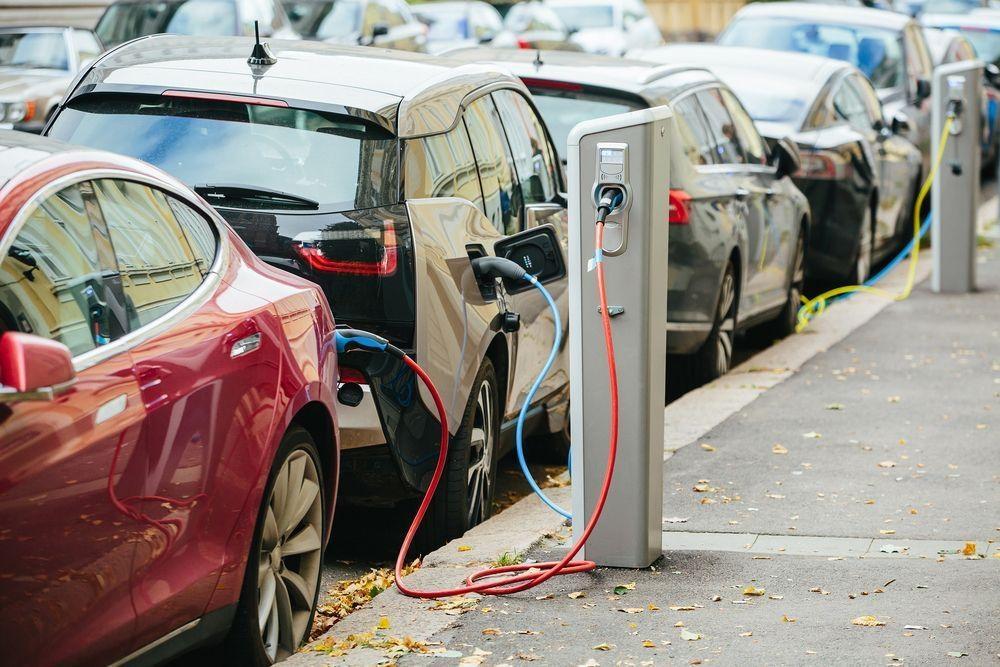 Norway is doing particularly well when it comes to electric car sales, with 25,520 electric vehicles sold in 2016 – that’s 19% of total car sales last year. Additionally, many of the country’s cities and towns have bus-lane access for electric vehicles, privileged parking, toll-free travel, and recharging stations aplenty. In fact, Norway has the highest per capita number of all-electric cars in the world, with more than 100,000 in a country of 5.2 million people.

The Netherlands is also spearheading Europe’s electric car surge, with the highest amount of charging stations (29,988) for the country’s size. This comes as no surprise, considering the Netherlands is the world’s fifth-largest market for electric cars after China, the US, Japan, and Norway. Its government has also promised to ban sales of petrol and diesel cars by 2025, 15 years sooner than France and the UK.

With Norway and the Netherlands leading the way in the electric car revolution, the UK and other countries are set to follow. Hybrid engines are also predicted to feature heavily in the new generation of vehicles, although further down the line, it’s difficult to see how electric vehicles won’t completely dominate the driving landscape of the future.