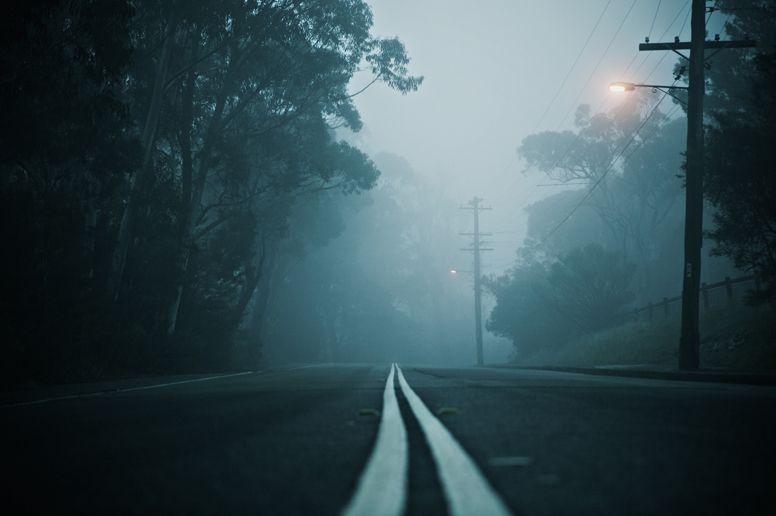 As Halloween approaches, it seems only fitting that we bring to your attention spooky goings on to send a few chills down your spine.

This year we’re revealing some of the UK’s allegedly most haunted roads. The question is, are these figments of someone’s wild imagination or do ghouls and ghosts really patrol these highways? Read on to find out more...

This stretch of road north of the border has been the scene of numerous hauntings over the past 50 years or so. In fact, there have been so many reports of paranormal activity that it’s acquired the nickname ‘the Ghost Road’.

In 1957, a truck driver saw a couple right in front of his truck and with no time to stop, he thought he had hit them. However, when the driver got out to investigate the couple had seemingly vanished into thin air.

A similar incident occurred in 1997. Donna Maxwell, 27 at the time, was driving along the A75 with her two children in the back when she was convinced she hit a man in the road. She was travelling at 50mph and saw the man jump out in front of her, two feet from the car. Her description of the man was someone in his 30’s, wearing a red jumper and dark trousers. Instinctively, she broke hard and braced for impact, but when she opened her eyes the car had stopped but there was no sign of the man.

She reported the incident to the police but after a search of the area was conducted, no evidence of an accident was found. The story even made the local paper but that failed to provide any further explanation of what happened.

Can it be just a coincidence that these two ‘sightings’ occurred? Either way, probably best to avoid using this road unless absolutely necessary.

A bypass that fundamentally links Sheffield to Manchester, the A616 isn’t so much haunted itself as the land that it is built on. Legend has it that a disillusioned Monk, who had fallen out with the church hundreds of years prior, was buried on the land in an un-consecrated grave. He is said to still roam the area and there have been numerous reports from drivers saying they have seen the monk standing by the side of the road. Some have even claimed to see him sat next to them in their vehicle!

Even during construction of the bypass in 1987, construction workers began reporting unusual sounds and phenomena. Statistically, the road has one of the worst accident records in the region and there are plenty of stories of a child or other figure suddenly standing in the middle of the road, forcing motorists to swerve out of the way.

This road is not one for the faint of heart. The urban myth suggests there is a woman dressed in white who drivers ‘hit’ before the body disappears into thin air. It is something the local constabulary are no strangers to taking calls about. The ‘ghost’ lady is rumoured to be Judith Langham who was tragically killed in a collision on her wedding day, still wearing her wedding dress.

The strange occurrences don’t stop there, however. A hitchhiker, seen hiking near a local pub, gets into your car and proceeds to tell you of all the wrongs in the world and how he will right them, but once you reach a certain spot he disappears from sight and starts his journey all over again.

As the longest road in the country, it’s little surprise that there have been many sightings along the many counties it passes through. In fact, there have been more sightings on the M6 than any other road in the U.K. Roman soldiers, Victorian men, ghostly women and a lorry driving the wrong are just a few of the ‘ghosts’ reported to have been seen by drivers. There have also been sightings of eyes looking out from bushes in Platt Lane in Leigh – the scene of a tragic mining disaster years earlier.

In recent years, a high number of fatalities on the M6 and especially between junctions 16 (Crewe) and 19 (Knutsford), a straight stretch of road, has been agreed by policeman and locals to be caused by drivers distracted by ghostly visions.

Thrill-seekers may enjoy the spooky goings on along this stretch of road in the capital, though you’re quite possibly taking your life into your own hands if venturing this way. At the spot where the new dual carriageway intersects with the old Gracious Lane, several drivers have reported that the road ahead of them “disappeared”, only to be replaced by a phantom road which bends to the right. As a result, a number of fatal head-on collisions have occurred; attributed by ghost hunters to this unexplained phenomenon.

Another odd occurrence on the A21 is for a motorist to think they’ve knocked down an old lady with white hair, wearing a fawn coat. Much like other incidents on roads mentioned above, there is of course nobody there when they get out to investigate. What’s different about this is that the exact same thing has happened to another driver on the opposite carriageway at the same time. The story goes that an elderly woman was killed in the area in 1959 and, according to police accounts, somehow her re-appearance always involves two cars instead of one.

Feeling brave? Take a drive and find out for yourself.